American socialite, Kim Kardashian loses some pounds of weight in other to fit into 60-years-old Marilyn Monroe’s dress to Met Gala with her boyfriend, Pete Davidson.

“I haven’t had carbs or sugar in about three weeks!” Kim Kardashian said of the extreme measures she took to fit into Marilyn Monroe’s iconic gown.

All eyes were on Kardashian, 41, and Davidson, 28, as they stepped out together to close out the 2022 Met Gala red carpet. But the fashion entrepreneur’s gown is what has everyone talking.

She topped off the glamorous style with diamond drop earrings and a white fur jacket.

“Well this is Marilyn Monroe’s dress and it is 60 years old and she wore this when she sang ‘Happy Birthday’ to President John F. Kennedy in 1962,” Kardashian told Vogue correspondent La La Anthony on the red carpet.

“I had this idea to try it on and then they came with armed guards and gloves,” she continued.

“But getting into the vintage gown was not an easy feat…I tried it on and it didn’t fit me. I said, ‘Give me three weeks.’ I had to lose 16 pounds down today.

“It was such a challenge. It was like a [movie] role. I was determined to fit [into] it. I haven’t had carbs or sugar in about three weeks. We’re having pizza and donut party back at the hotel [after the Met Gala],” she added

Designed by Jean Louis, the dress originally cost $12,000 and was reportedly so tight that Monroe had to be sewn into it prior to her very sexy performance for President Kennedy on May 19, 1962 at a Madison Square Garden fundraiser, just three months before she died.

Ripley’s purchased the dress from Julien’s Auction back in November 2016 for a whopping $4.81 million, making it one of the most expensive dresses in the world.

Since Monroe’s gown could not be altered, Kardashian took small shuffling steps up the red carpet as Davidson, decked out in a classic black suit and sunglasses, held her hand the entire way.

“She [Kardashian] didn’t let me wear my propeller hat but it’s fine,” Davidson joked during his interview session.

The 2022 Met Gala theme is “In America: An Anthology of Fashion,” with the dress code being gilded glamour and white tie.

Fans assumed Kardashian and  Pete Davidson were waiting to make their red carpet couple debut at the Met Gala. But they surprised many when they opted to officially unveil their relationship on the red carpet at the White House Correspondents’ Dinner on Saturday (only two nights before the Met Gala) in Washington, D.C.

Kardashian also gave a hint about what she had been planning for her Met Gala look, joking that this year, she wouldn’t be completely covered from head-to-toe like at the 2021 Met Gala.

“Yes, I will be able to see this year. I am going. It really depends if I fit into my dress.

“So I hope I’m going. I have to wait,” the star said. “I think it will be up to the last minute because it can’t be tailored so I have to fit in it like exactly. So we will see if I can shape-shift for the night,” she said

At last year’s fashion event, Kardashian wore a polarizing custom Balenciaga ensemble, featuring a long-sleeve turtleneck bodysuit worn under an oversize T-shirt dress with long pleated train. The edgy outfit was complete with jersey boots, jersey gloves and a mask that covered her face and head. 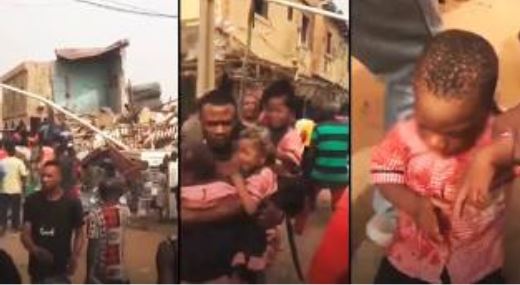 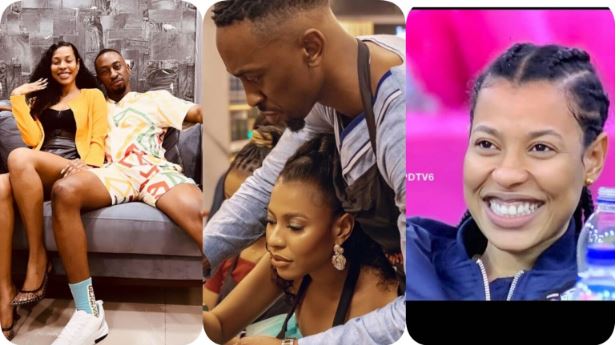 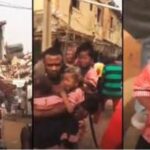 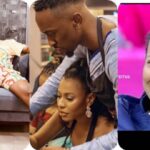 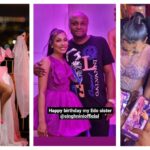 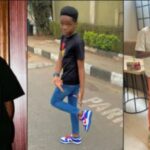