The presidential candidate of the Social Democratic Party (SDP), Prince Adewole Adebayo has said that his party is the most consistent political parties in Nigeria since 193, urging Nigerians to repeats MKO Abiola’s victory.

The SDP was the political platform on which business mogul, Chief MKO Abiola won the annulled June 12, 1993 presidential election.

The presidential poll results were canceled on the orders of the then Supreme Military Council chaired by former Military President Ibrahim Babangida.

Speaking on a TVC News interview, Prince Adewole Adebayo noted that the history of the party does not hurt his presidential bit saying that it rather the party has “been consistent in the last 30 years; order than the trouble making political parties we have these days.

“We started by saying farewell to poverty and we won the election (in the June 12, 1993 presidential election) on that basis.

“At that time, we brought someone, MKO Abiola, who has never been a Councillor before, or Commissioner, or Minister of Governor; he never served in any government capacity before.

“He was a well renowned accountant, philanthropist and business man.

“The only difference between him and me is the time and instead of becoming an accountant, I’m a lawyer. Our party has been consistent.

“Secondly, our manifesto at that time is still valid right now, people still remember them, that we were the people who tried to fight poverty and poverty now has a grandchild called insecurity. And we’re now saying farewell to poverty and insecurity.

“I went to Jigawa State, I met an old man who was struggling to see me, despite how the security (agents) were making it difficult for him.

“He just had to go to people who used to be in SDP, “SDP is back, let us do what we did last time”. So, it’s been helpful.

“But we’re also aware that there are a lot of people in this generation who never know what happened 30 years ago; people who are 25 or even 30 years old.

Prince Adebayo added that the legacy of consistency in the Social Democratic Party has been helpful in his campaign and the SDP presidential candidate noted that he is happy to be party to the rebirth of the political party.

On how best to tackle poverty, he said the the first thing is “to to remove the hand of government because the factory that have manufactured poverty is the government.

“This is a country that does want poverty; everything around us works except government.

“So, once you remove the (hand of) government, because I have always given the people the history of this country, that even before Nigeria was established, if you study all the historical records, the colonialists who came didn’t meet poor people in Nigeria.

“They met general underdevelopment in terms of infrastructure and all of that, but there were no homeless people, there were no hungry people; people were well-fed.

“If you look at the pictures of Nigerians 100 years ago you will discover that they were well-fed and were quite muscular and the women were robust and healthy.

“What government is doing now is (to) confiscate all our properties, all our natural endowments, (is) misapplying them to the priority of a few people who less than one percent of our population.

“So, they rendered people to go to school, the education is not sound enough and when they come out of school they are not giving them jobs. So, people are kind of lost.

“A community that are trying to take care of their affairs, there are issues regarding licencing, the rights to control this and that.

“So, even simple public safety and all of that, the initiative has been taken away from the people because the government has a police that doesn’t work for the people also.

“When you put all of these together you will discover that it is the government that is responsible for abject poverty in the country.” Prince Adewole Adebayo said.

He then blamed inconsistencies of government policies for the poverty in the country, urging Nigerians to replace the leadership in government with people who want to serve for the country to move forward.

Mackenzie January 28, 2023
BBTitans: “You Have To Spend Every Night In My Bed’ – Khosi And Yemi Reach Concrete Agreement 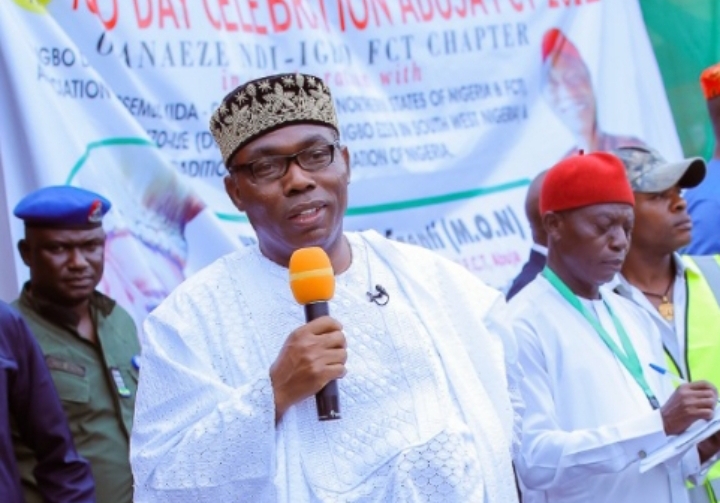 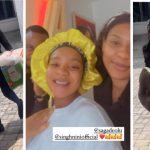 2023: Even If I Don’t Win, I Will Go To Bed Happy If APC and PDP lose – SDP’s Presidential Candidate, Prince Adebayo