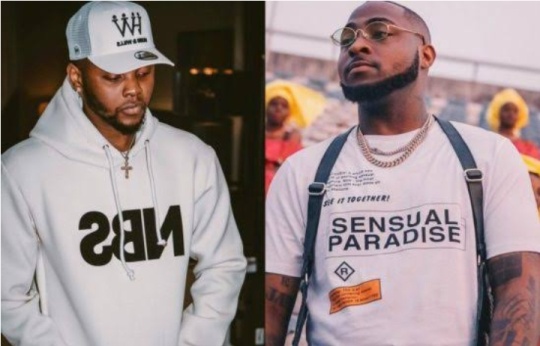 The “BUGA” crooner, Kizz Daniel and Davido contacted each other via Twitter as Kizz tweeted video of Davido at the airport with the caption; “We have an EP COMING BRA @davido where you at ?!”

We have an EP COMING BRA ‼️ @davido where you at ?! https://t.co/IwSdAt7GPS pic.twitter.com/jOWB23mZue

Recall that Davido and Kizz Daniel have previously collaborated on Kizz Daniel’s smash hit ‘One Ticket’ and before then, Davido was on the remix of Kizz Daniel’s break out single ‘Woju.’

The two maintains a good relation and their partnership have yielded two mind blowing singles and a joint EP between the two hit makers will be nothing short of breathtaking.

Kizz Daniel is currently on tour while Davido just arrived at the US to finish his collaboration with rapper Da Baby.

The news of the joint EP still feels like Christmas in June and with both of them releasing new albums in the latter part of the year, a joint EP might just be a dream that will never happen.

For now, fans are excited by the announcement and hopefully, there will be more news on the joint EP.