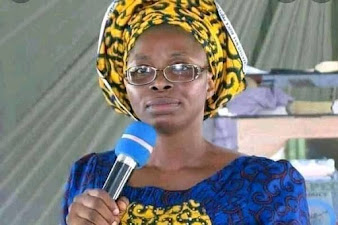 According to Mummy G.O, BBNaija is a demonic show by Lucifer, and anyone who watches it is a bastard, and even their pastors are bastards.
Watch Mummy G.O recent sermon below;

Evangelist Funmilayo Adebayo, nicknamed Mummy GO, has been making waves on social media due to her controversial sermons.
The 54-year-old preacher hails from Ekiti State. She is the founder of Rapture Proclaimer Evangelical Church of God.
Her photographs have also gone viral in memes on social media platforms including Twitter, Instagram, Facebook, TikTok, Nairaland with controversial and funny inscriptions that mimic her statements about hell.
She became an internet sensation when a viral video of her rendering a song titled ‘Kpatakpata’ caught the attention of social media users.
In 2019, she was heavily criticised for saying that people who take Vitamin C and eat Titus fish will not make heaven.
Among her viral messages is one where the clergywoman said break dancing originated from the land of the dead.
“Where did break dancing generate from? Michael Jackson. He got power from the dead land. What is the land of the dead? Skeleton. Skeleton is not for the living. If you break dance, you’re telling God you’re dead,” she said.