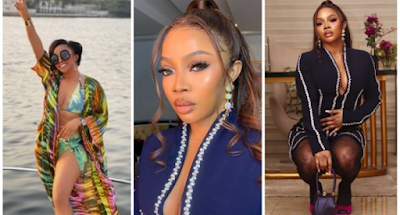 Media Personality, Toke Makinwa has bragged about not having s£x this year, 2022, and how she almost committed suicide this year.
The television host also added that if people think it’s easy, they should try it. 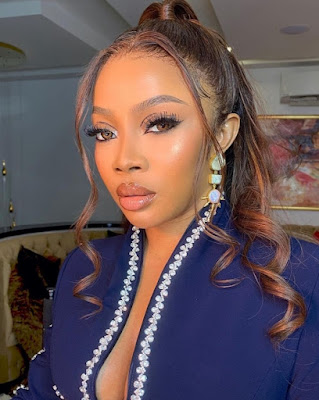 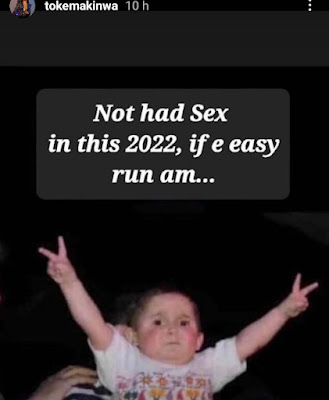 In another news, Toke Makinwa during her appearance on Tayemesan’s Tea With Tay podcast revealed a drastic decision she almost made earlier this year. Toke said she almost took her own life.
Tay asked;
“We have had conversations about the times you were suicidal and it was so interesting that we didn’t know. All your friends had spoken to you that day, and you called me that you were suicidal and that (earlier), you were standing on the red carpet, you were glamorous but you just felt so empty…”
Toke responded;
“I remember the song that was even playing. It was Wizkid’s Ojuelegba and I was dancing and everybody in there did not know that a voice was saying just go home and pop it, that’s it. So I thought let me just have fun then I’ll just go home and end my life. It was that bad!
“I mean it was one of those things that I didn’t know why I was feeling a lot of emptiness. Because on the outside I’m fabulous, I’m making money, have amazing friends but I just felt empty. I just felt like ‘just leave when the praise is the loudest. When the applause is the loudest, just bow out.’
“It wasn’t even thinking that much. It was just feeling like, life hasn’t gotten this good, it has now gotten this good. Don’t wait for it to turn again. It’s okay. You’ve done it all. You’ve built a brand from the scratch, you’ve inspired so many people to start on their journey, you can bow out now. Even if it’s to go and shine shoe in heaven, just go and be shining the masters shoes.
“There are so many things that you have to live for but it was just a mindset that I didn’t know – and again, it’s one of those things I tell people now, when the devil knows he cannot steal your destiny, he attacks your mind. Because once he attacks your mind, I mean, if he attacked my finances maybe I’ll be down a bit, I go hustle small, maybe money go still soon come back.
“If he attacks my marriage, ok maybe you can find another man you can marry. If he attacks your health maybe you can feel better, you can pray, you can fast. But if he ceases your mind, that is the seat of everything.”