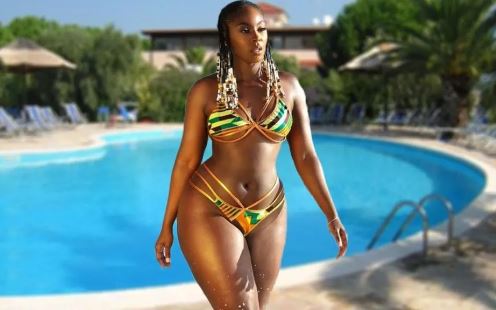 Tiwa Savage, a Nigerian afro-beat singer, has revealed that she is being blackmailed by an unknown person over a s£x tape of herself and her current lover.
On Thursday, Tiwa revealed this in a radio interview with Angie Martinez of Power 105.1 in the United States.
“It’s a tape of me and the person l’m dating right now and it got out,” Tiwa mentioned.
The multi-award winning singer and songwriter further stated that she will not pay the blackmailers, stating that she will not submit to their demands.
Tiwa also stated that the video was recorded on Snapchat and that she will not pay the blackmailers a dime.
“I decided I was not going to pay the person because if I do, two months from now, three months down the line or even two years later, you are going to come back again.
“Who knows, if I send the money, the person will probably release it. I am not going to let anyone blackmail me for doing something natural,” Tiwa added