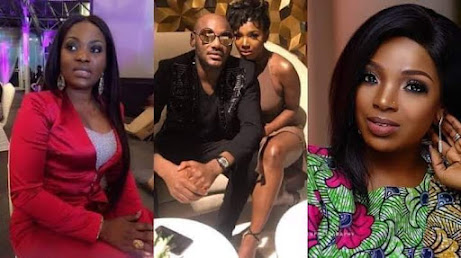 Innocent ‘Tuface’ Idibia, Nigerian legendary musician, has reacted to his wife Annie’s allegations of infidelity.
Recall that on Thursday night, Annie Idibia took to Instagram to shame her husband, “2baba,” for breaking their marriage vows and spending the night with his ex-lover, Pero.
Tuface was accused by Annie of always joining forces with his family members to do things that would bring her public shame.
She also stated that she deserved better from him because she stood by him even though it was clear that his family did not approve of her or their relationship.
The actress also slammed Tuface’s younger brother, Hyacinth Idibia, for having Tuface, his children, and Pero under his roof for days.
Following this, she received lots of criticism from the Idibia family, who accused her and her mother of using ‘juju’ on their brother.
They also stated that Tuface, their brother, was slowly dying on the inside.
Fans have condemned the singer for keeping mute on the matter, especially as his younger brother was disrespectful to his wife.
Reacting, 2face in a cryptic post via his Instagram story on Tuesday dropped a lyrics of his song titled ‘Dance In the Rain’, saying everything will be fine.
“Forget about tomorrow, live in today, tomorrow will be fine so don’t let your worries take away the beauty of today. Just bask in the sun and dance in the rain,” he wrote.