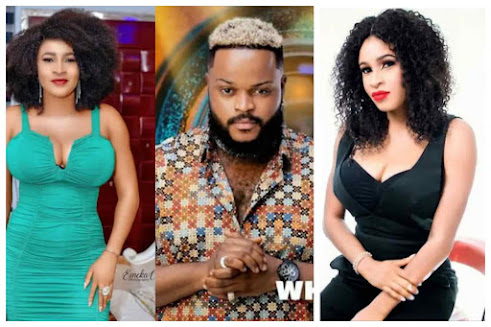 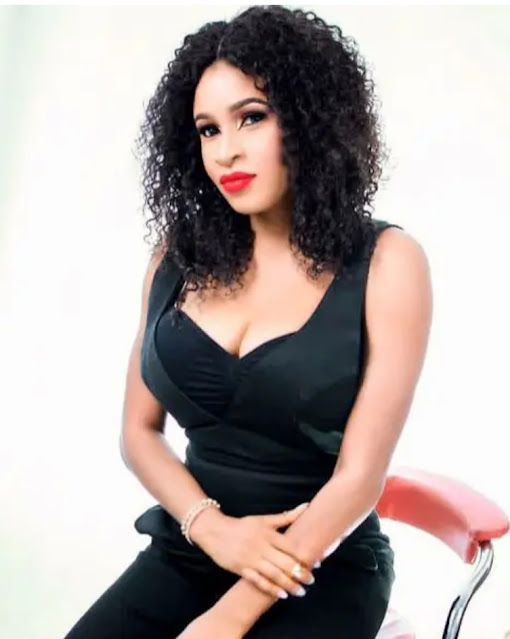 Mary Igwe, in one of her recent posts on Instagram reveals that this is the first time one of the Big Brother Naija housemates caught her attention on day one of the program.
In the post, the actress also wrote that White Money is a serious cruise
She wrote;
“WHITE MONEY na serious cruise 😂 #BNN…For the first time in Big Brother someone caught my attention on day one.”
See the screenshot below… 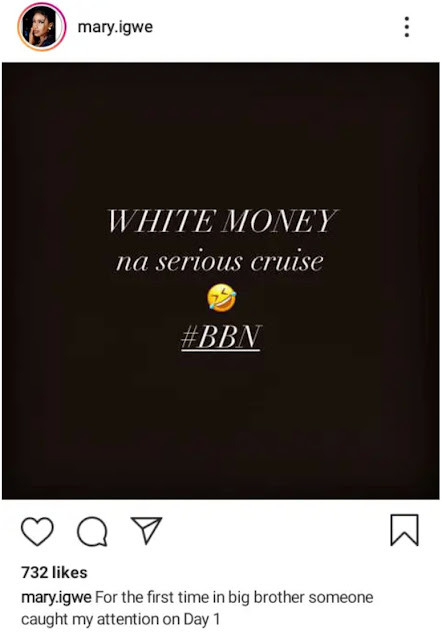 White Money is the fifth Housemate to enter the BBN Shine Ya Eye House. And he promised to keep everyone entertain with his sparking personality.
The way he showed up at the house or his entertaining personality might be the reason why he caught the actress attention.
The BBN season 6 reality TV show which began on Saturday evening, will undoubtedly be one of the most exciting shows in the coming weeks, and there is no doubt that the program is one of Africa’s most popular reality TV shows.