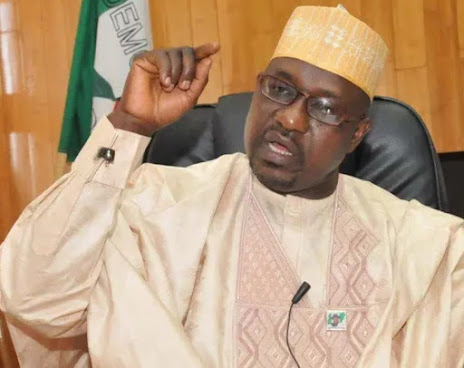 The Nigerian Police in Imo State have announced the arrest of the gunmen who killed Ahmed Gulak, a Northern politician, describing them as IPOB terrorists.
Gulak was shot dead on his way to the airport by some suspected gunmen in Imo State on Sunday morning.
According to reports, the driver of the vehicle that took him to the airport was said to have been grilled by security agents and he described the vehicles the hoodlums used as One Toyota Camry 2005 Silver color, Toyota Sienna 1998 Model Gold Color, Toyota Hilux White colour and Lexus RX 330 Gold Color.
The Police statement reads;
“Police teams from the Special forces,PMF, IRT, IMO State Command Tactical Units who have all reached the Scene of the killing were directed to immediately Proceed on Patrol and look for those Vehicles.
“Fortunately at Afor Enyi Ogwgu junction in Same LGA the Police Teams came in contact with the Hoodlums with same Vehicles mentioned by the Driver, The Hoodlums were said to have confiscated a trailer loaded with Onions from the North at Enyiogugu, Mbaise, and were busy sharing the onions to the local Population as they also took positions to Protect themselves and attack any incoming Security agents. Three people were killed in that incident.
“The Hoodlums on sighting the Police teams immediately Opened fire on the teams and the Galant teams returned Fire and eventually fatally wounded 10 of the Hoodlums during the gun battle while others were pursued as they escaped with their vehicles. 3 of the Four Vehicles Toyota Sienna, Toyota Hilux and Toyota Camry use by the IPOB/ESN Terrorist for their Operation were Demobilized/Recovered and 7 of the Terrorist with bullet wounds were completely burnt down inside the Toyota Sienna and Hilux Vehicles that caught fire during the Gun battle.
“3 Ak47 Rifles, 1 English Pistol, 5 Ak47 Magazines, 92 Ak47 Ammunition, Several Charms and 3 Operational Vehicles of the IPOB/ESN were recovered.
“Serious efforts in progress to trace and arrest Several wounded IPOB/ESN Terrorist members who are hiding in the surrounding Forrest and villages. The 3 bodies of the IPOB/ESN Terrorist not burnt down were brought to the Police state Headquarters while efforts to recover the burnt bodies of the Hoodlums to the Police state HQ in Progress.”
However, a Special Assistant to Governor Hope Uzodimma on Social Media, Ambrose Nwaogwu, described the arrest as a major boost in the investigation into Gulak’s murder.
“I can confirm from Intel from credible security sources that IPOB/ESN terrorists were responsible for the attack that murdered Sen. Almad Gulak and they have been apprehended, and scores neutralized in the process by our gallant security operatives,” he said
The late Ahmed Gulak was known as a  sharp shooter because he does not mince words on issues bothering on the administration and Nigeria. His depth of knowledge of contemporary Nigerian issues, eloquence, fearlessness and outspokenness singled him out as one of the most visible aides of ex-President Goodluck Jonathan.