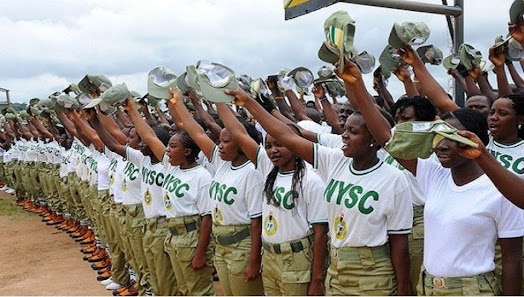 The House of Representatives has highlighted its reasons for considering the scrapping of the National Youth Service Corps (NYSC), forty-eight years after its establishment.
The Bill sponsored by Mr. Awaji-Inombek Abiante, in the explanatory memorandum of the proposal, listed the various reasons why the NYSC should be scrapped.
While delivering his speech, he said;
“This bill seeks to repeal Section 315(5)(a) of the Constitution of the Federal Republic of Nigeria, 1999, (as amended) on the following grounds:
“Incessant killing of innocent corps members in some parts of the country due to banditry, religious extremism, and ethnic violence; incessant kidnapping of innocent corps members across the country;
“Public and private agencies/departments are no longer recruiting able and qualified Nigerian youths, thus relying heavily on the availability of corps members who are not being well remunerated and get discarded with impunity at the end of their service year without any hope of being gainfully employed;
“Due to insecurity across the country, the National Youth Service Corps management now gives consideration to posting corps members to their geopolitical zone, thus defeating one of the objectives of setting up the service corps, i.e. developing common ties among the Nigerian youths and promote national unity and integration.”
Meanwhile, the Constitution of the Federal Republic of Nigeria Alteration Bill, 2020, which is seeking to repeal the NYSC Act, is billed for the second reading.
Recall that the NYSC was designed in the aftermath of the Nigerian civil war by General Yakubu Gowon in 1973 to promote the 3R principles (Reconstruction, Rehabilitation, and Reconciliation).
The scheme is presently faced with increasing challenges ranging from insecurity to shrinking funding, which has resulted in many people clamoring for it to be scrapped, arguing that it has outlived its usefulness