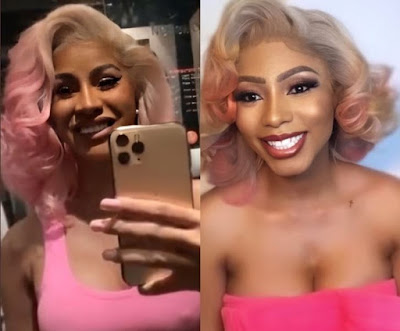 American rapper Cardi B has given Big Brother Naija 2019 “Pepper Dem” winner, Mercy Eke a bragging right as she compliments their look-alike photo.
In a tweet on Wednesday, a fan page for the reality TV star shared a picture of Mercy and Cardi B where Mercy dressed similarly to Cardi B, wearing the same hairdo and tank top.
The fan page wrote as a caption: “Congrats @iamcardib on another record-breaking! killing it as always. Love from a Nigerian lookalike (@real_mercyeke) fan & a lover of you.” 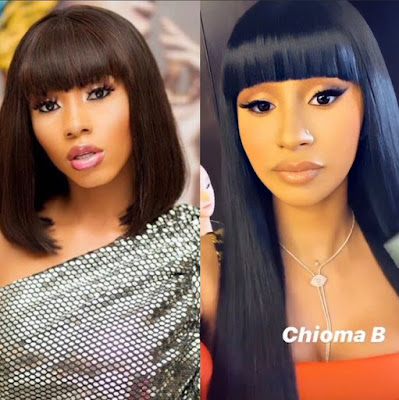 On seeing the photo, Cardy B immediately reacted by retweeting the post, with the caption; “Wow looking sexy.”
Mercy couldn’t control her excitement after receiving such a compliment from one of the biggest female rappers in the United States, Cardi B.
She took to her Twitter page to react to it. The reality star, who was in disbelief that Cardi B complimented their lookalike photo, bragged about it to her followers.
“Somebody Wake me up!! @iamcardib. If it’s up, then it’s up, then it’s up b!tches,” the reality TV star wrote. 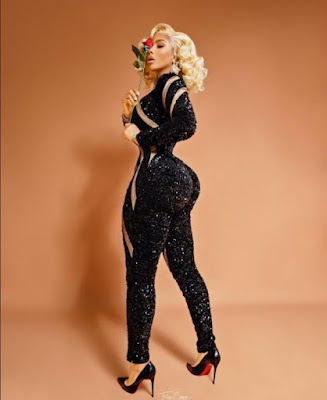 Recall that earlier this year, Nicki Minaj followed her biggest BBNaija star Tacha on social media. Now, Cardi B has complimented her biggest fan in Nigeria, Mercy Eke.
Cardi B has constantly expressed her love for Nigeria after visiting the country for the first time in December 2019.
Her Nigerian fans also gave her the name ‘Chioma B’.
See screenshots below: 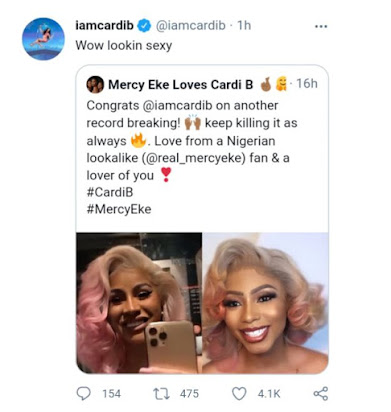 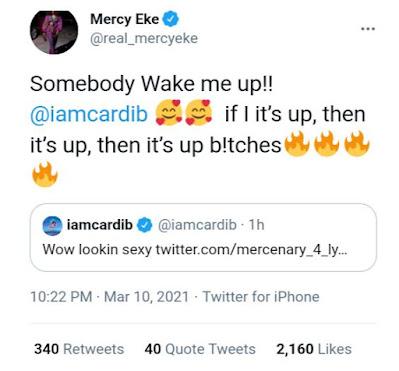