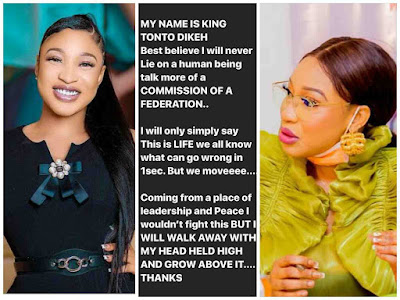 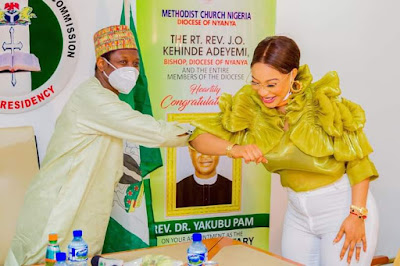 However, few hours after her appointment, the commission revoked her appointment for undisclosed reasons.
The actress has now taken to social media and issued an unofficial statement, noting that she won’t fight the Commission’s decision because she comes from a place of leadership and peace.
Writing further, Tonto Dikeh who said she has video evidence of her appointment revealed that several Christian bodies fought her appointment but she would rather walk away with her dignity than fight the commission.
She wrote;
“There are video proofs, but I would rather respect the commission’s decision and take the Fall.
“Thanks to every Christian body that fought against this Growth🌹
“#WHAT GOD CAN NOT DO, DOES NOT EXIST….#AN UNOFFICIAL STATEMENT.”
See her Instagram post below…