Skip to content
President of the United State of American, Donald Trump announced that he has been tested for coronavirus after a white house doctor earlier said that there is no need for the president to undergo the test.
Trump disclosed this during a news conference on Saturday wearing a “USA” baseball cap.
The President announced that he had been tested for the coronavirus on Friday night, after which Vice President Mike Pence announced that the administration was extending its European travel ban to the United Kingdom and Ireland.
According to the New York Times, whether the president would be tested had been a matter of speculation since it first emerged that a member of a Brazilian delegation that visited Mar-a-Lago had tested positive.
Two other people who were with the president at Mar-a-Lago have tested positive, and various members of Congress have been self-isolating after interacting with some of the same people.
Mr. Trump said he decided to be tested for the coronavirus after Friday’s news conference where reporters kept asking if he took the test.

“People were asking, did I take the test,” he said.

Asked when he expected to have a result, Mr. Trump said; “A day, two days. They send it to a lab,”
The White House has begun checking the temperatures of anyone in close contact with Mr. Trump or Mr. Pence. White House staff checked the temperatures of everyone arriving at the news conference.
Reporters pressed Mr. Trump about “mixed messages,” asking about why he shook hands with a row of chief executives who attended his news conference on Friday where he announced a national emergency.
He said it has become a habit for him to always do so. A habit he is trying to stop

“It almost becomes a habit and you get out of that habit. Getting away from shaking hands is a good thing.” he said 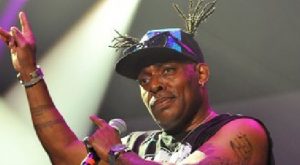 “Yes, The US Forces Will Defend Taiwan If China Invades” – Joe Biden Affirms