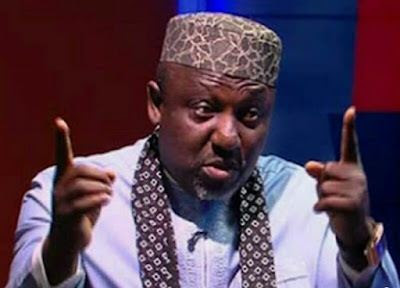 Ex-Imo state governor, Rochas Okorocha, has faulted the leadership of the ruling All Progressive Congress (APC) for the lingering internal crisis rocking the party and doubted the possibility of the party retaining power in 2023 if the crisis is not put in check.
Speaking against the lingering fight between the party’s national chairman, Adams Oshiomhole, and the Governor of Edo, Godwin Obaseki, on Saturday in Kano, Mr Okorocha said a party full of internal crises does not deserve to be called a political party in real sense.
Mr Okorocha, who won his senatorial election on the APC platform, has since been making headlines for his controversial comments.
See Also – Gov. Obiano Calls For Prayers As ‘Evil Spirits’ Take Over Anambra Govt House
He recently called for the reduction in the number of lawmakers across states to save cost for running the country.
Expressing his disappointment with his party, the two-term governor of Imo State said APC has deviated from it objectives.
He said the party was hurriedly put together to topple the allegedly under performing ruling PDP from power in 2015, leveraging on the influence of President Buhari in the North to emerge victorious.
He added that the leverage used in 2015 may not work for the party in 2023 as President Buhari will be leaving office by then which will put the party’s leadership quality and character to a more serious test.
He said:

“Right now, I think we should continue with the same pace that we started within 2015 election but that doesn’t seem to be the case.
“President Muhammadu Buhari gave character to APC. He brought his integrity to bear on the party.
“He made the party what it is in the northern part of the country and the masses of the North who saw him as a true leader, and we all rode on that to achieve that victory, but after the credibility of Buhari into this party, there seem to be no alternative in the same manner that will drive this party to 2023 victory.
“This is why I expressed my concern that if we are not very careful, APC might go with Buhari in 2023, and that will be a very unfortunate situation for the founding fathers of APC. The party needs to show purposeful leadership, show character.”