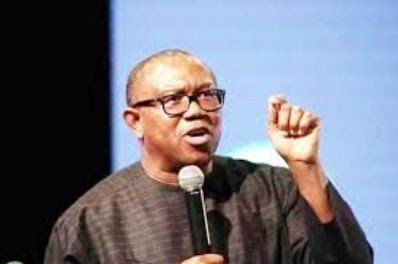 The Vice Presidential candidate of the People’s Democratic Party in the 2019 elections, Peter Obi has come out to criticize the 2020 Budget presented by the Buhari-led executive to the National Assembly, says it is ‘low and empty’.
Peter Obi said this during an interview with Arise News morning show, where he explained that the proposed budget won’t enhance production and growth of the micro, small and medium scale industries.

“We have not looked at the quantum of the budget compared to the size of the country. I have made a study of the budget of about 24 countries and I have followed it religiously and I can give you an example of what is happening.
“Let us use examples of the BRICS (Brazil, Russia, Indonesia, China and South Africa) nations and the MINT economies (Mexico, Indonesia, Nigeria, and Turkey.) Of all these countries, there is none whose budget is less than 15 percent of its GDP except Nigeria. Brazil has a population of 210 million people, with a GDP of three billion, their budget is 803 trillion dollars.
“Nigeria has a population of 200 million people and a GDP of $400 billion and the budget for 2018 was $22 billion. If you look at all these countries and share their budget with their population, you will see that Nigeria is the worst yet none of them have more than five percent of their people living under poverty. In our own case, 50 percent of our people are living under poverty and our budget is so low.
“This 2020 budget that we are clapping about is not up to the Indonesia’s budget for education. So, we have a crisis and we need to look at what these countries are doing right that we are not doing. The budget that you think is big is empty in itself and to worsen it, you cannot fund it.” he said.

According to Obi, the only way the country will increase it national revenue is to create employment, saying that the money people are employed the more revenue the country acquires.

“Raising revenue is very simple. The only way to increase revenue is to create more employment. The more people are employed, the more revenue you get. If you pull 40 million people out of poverty, you can increase revenue through the tax they pay. But you are not creating jobs and you are now over-taxing the few who are struggling to make ends meet. Are you going to tax jobless people? Or will you tax those whose businesses are already closing?.
“I spoke about debt in 2017 but because I’m just a trader and I don’t work in World Bank, no one listens to me. Our debt is toxic. There is nothing wrong in borrowing if we are borrowing for production. If you are borrowing for consumption, you have a crisis because you can’t pay it and that is why we are having problems today,” the former banker said.