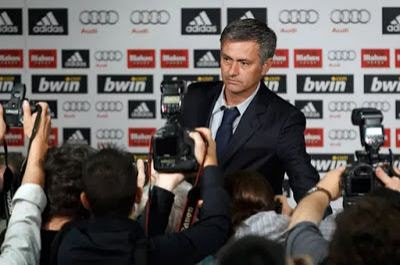 Former Manchester United boss Jose Mourinho, has come out to disclose the football club he enjoyed the most as a coach.
Mourinho said that his tenure in Spain is the best memory of his career despite success at Porto, Chelsea and Inter.
Having already enjoyed success at Porto, Chelsea and Inter, Mourinho joined Real Madrid in 2010 and managed the club until 2013.
During his time at the club, Mourinho won La Liga in 2011-12 while also claiming a Copa del Rey and Supercopa de Espana before eventually returning to Chelsea.
Talking during a press conference with Portuguese TV channel 11, Per Marca, Mourinho said:

“Real Madrid was my best experience because of what I learned as a coach, as a man, because of the lessons I took in my career and in my life.
“It is the best memory of my career, it was fantastic.”

The most memorable moments of Mourinho’s Madrid tenure were his fierce battles with Barcelona, as El Clasico took on a whole new life due to the manager’s rivalry with Pep Guardiola.
Mourinho hinted that there was nothing like the 2010-11 Copa del Rey final where Madrid beat Barcelona 1-0 after extra time.

“What they asked me at Real Madrid went with my nature,” Mourinho said.
“They told me that we had the best team in the world on the other side, that they were crushing us and we had to reverse the situation.
“We had to prevent Barça from crushing us and that’s why the Mestalla cup final is the most important.
“From there nothing was the same. We won the league, the Super Cup, but nothing was like the [Copa del Rey] final.
“Unfortunately, I didn’t manage to win any of the three Champions League semi-finals [I took Madrid to].”

Mourinho is currently out of work outside a series of television punditry roles having been sacked by Manchester United in December.
See photo below… 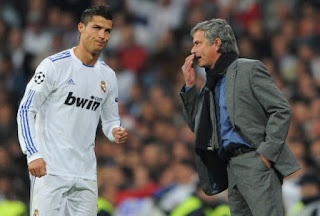