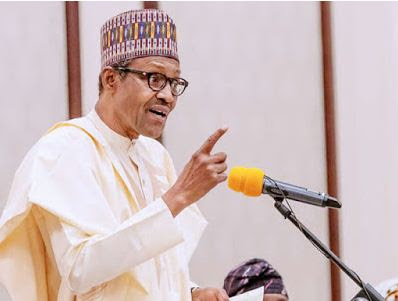 President Muhammadu Buhari, yesterday labelled Chartered Accountants in Nigeria as the cause of corruption in the country because they failed to check the tendencies of corrupt elements in Nigeria.
Buhari, who ran and won the 2015 Presidential election on the promises of crushing corruption in the country, but for whom the task has become insurmountable, expressed his disappointment while declaring the 49th yearly conference of the Institute of Chartered Accountants of Nigeria (ICAN) open in Abuja.
He said the government has recognized the negative effect of corruption on the economy and was doing everything possible to address the issue.
Represented by Secretary to the Government of the Federation, Boss Mustapha, President Buhari declared:

“Corruption and impunity grow when accountability is disregarded and people get away with all manner of questionable things because accountants are unable to check them.’’

He said his administration’s fight against corruption has been a struggle for nation-building and the nation’s future generations.

“I urge you now to always see corruption in its true colour as a gross violation of human rights. For the majority of our people, the millions that are in hardship, the sick, the helpless, corruption is the major reason why they cannot go to school, why we have few equipment and doctors in our hospitals.
“Corruption diverts public resources thereby causes much suffering, deprivation and unnecessary death in the country.
“If we do not slay corruption with the passion it deserves, we will not get the result that we need. On our path, we will continue to provide the desired leadership and I am certain and optimistic that the glorious day we all long for will not belong in coming.
“Corruption, our greatest enemy will certainly fight back, but we must continue to fight to effect a change to our value system.”

Besides, a former Director of the Kenyan Anti-Corruption Agency, Professor Patrick Lumumba, who was a guest lecturer at the conference, declared that Nigerians are not yet tired of corruption, which was why graft still thrived in the country.
While lamenting that in a society where people celebrate those who fraudulently enrich themselves, corruption would continue to thrive, he said when Nigerians get tired of corruption, the actions that would follow would put an end to graft.

“Corruption is a crime against humanity. Experiences have shown that if people are fed up with graft, they will rise up. If we think that the international community will solve our problems, then we have shown that we are incapable of solving them.
“Sometimes I think Nigerians and many Africans are not fed up with their conditions. Because the day we are fed up, things will begin to change,” he stated.

Mackenzie January 28, 2023
BBTitans: “You Have To Spend Every Night In My Bed’ – Khosi And Yemi Reach Concrete Agreement

2023: Even If I Don’t Win, I Will Go To Bed Happy If APC and PDP lose – SDP’s Presidential Candidate, Prince Adebayo